Another 30 day-project: I don’t drink any alcohol for 30 days. For me alcohol = beer. I don’t usually drink anything other than beer. But beer, I drink a lot. Not as in large quantities at a time, but being Austrian a beer here and there just seems natural. Once you are conscious about it, you realize how many opportunities there are for that one beer.

I am into this project for 16 days now. Honestly I would not have felt comfortable letting everybody know about it on day one – chances were I would not be able to stick to my plan. But now I am certain that it will work.

If that makes me sound like an addict on detox, it’s not what I wanted to suggest. It’s just that during the first week my resolution was tested 5 out of 7 days: You know, friends and colleagues asking about an after work beer. The obligatory beer after the jazz gig. The waiter at that Italian restaurant asking me if I would fancy a Peroni. “No” became an important word. Some people around me keep teasing be, but it only makes me stronger now, because it reminds me about my decision of not drinking beer for 30 days.

I own a Pebble Steel for quite some time now, and I still love it. Good battery life and not too many, but useful features. It was a no-brainer that I joined their latest record-breaking kickstarter campaign for the new Pebble time as an early bird.

At the same time I had to do something that I do with almost any piece of hardware that I own and that lets me do it: Write some code for it! Sometimes it’s just the mandatory hello world, but this time it’s a watchface for the Pebble: 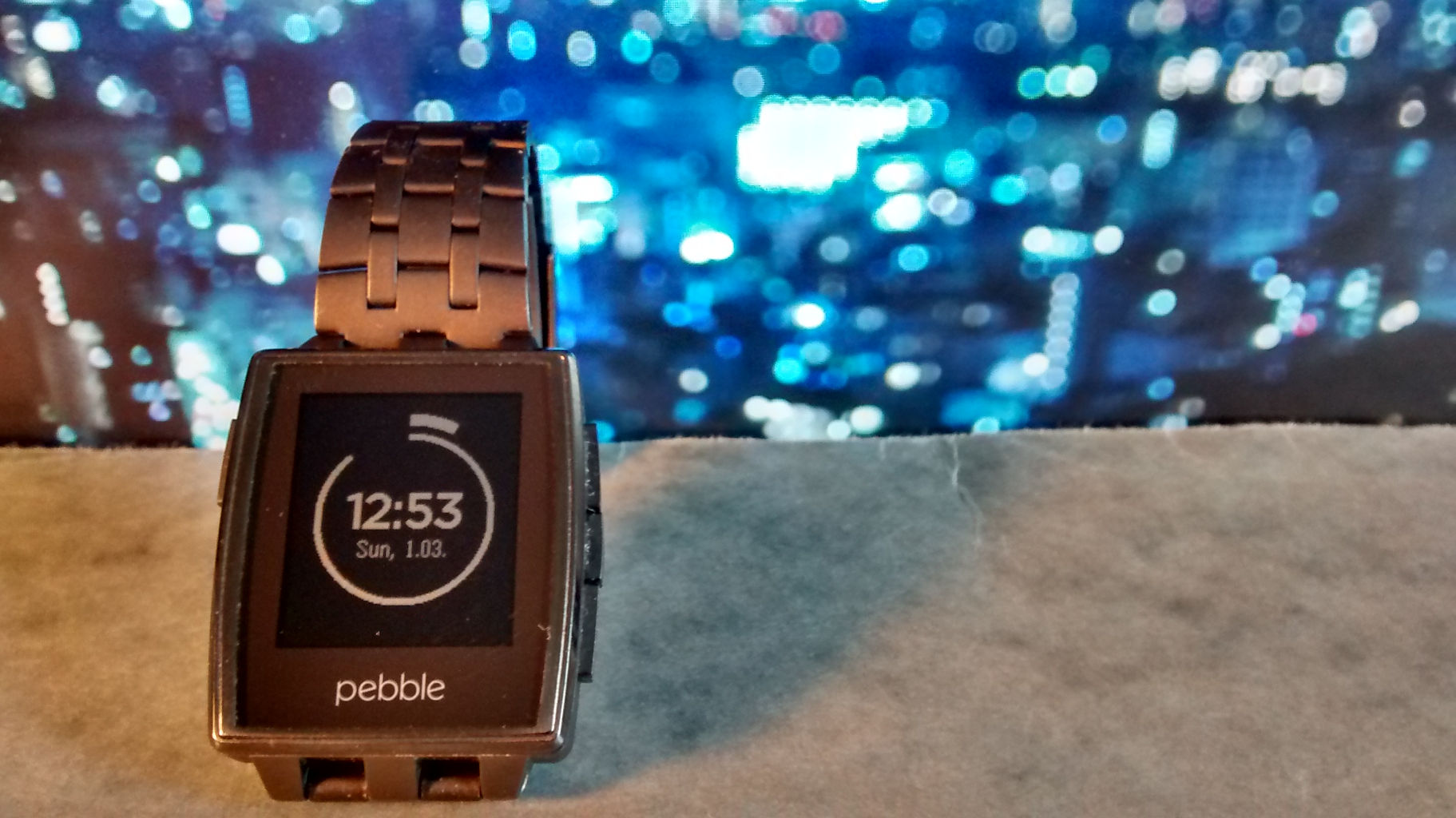 I was amazed by how little time it took me to write (or should I say copy and paste) the code. I’ve uploaded the watchface to the Pebble app store so that it can be installed by everybody who owns a Pebble and the source code can be found on github. Please let me know what you think of it and keep the hacker spirit high by writing code for every piece of hardware that you own!