Please note that “Andachtsjodler” is also part of the compilation Christmas Reharmonized, Volume 1.

Around 2000 I was one of the most active trombone players within my 30 km radius (my radius as a trombone player is more link 500 meters these days). On the 23rd of December of 2000 I was hired to play with a brass quartet in the “Welser Altstadt” (see Google maps, we played within 10 m of that location). I was a teenager back then and at a point in my life where 100 EURs plus open bar felt like I had conquered the world. I even got to kiss a girl later that night. But that is not the point.

The point is that I heard (because I played it) an Austrian Christmas tune called “Andachtsjodler” for the very first time in my life that night. I had never heard or played it before, but when we played it the innkeeper who had hired us (he was pretty drunk by the time) started to cry. It was not only him, the song also touched me.

More than 10 years later I improvised a piano version of the “Andachtsjodler”:

Recently I distilled it into a brass quartet version. I hope it helps you beam yourself to Austria and experience some of the magic that still surrounds Christmas. 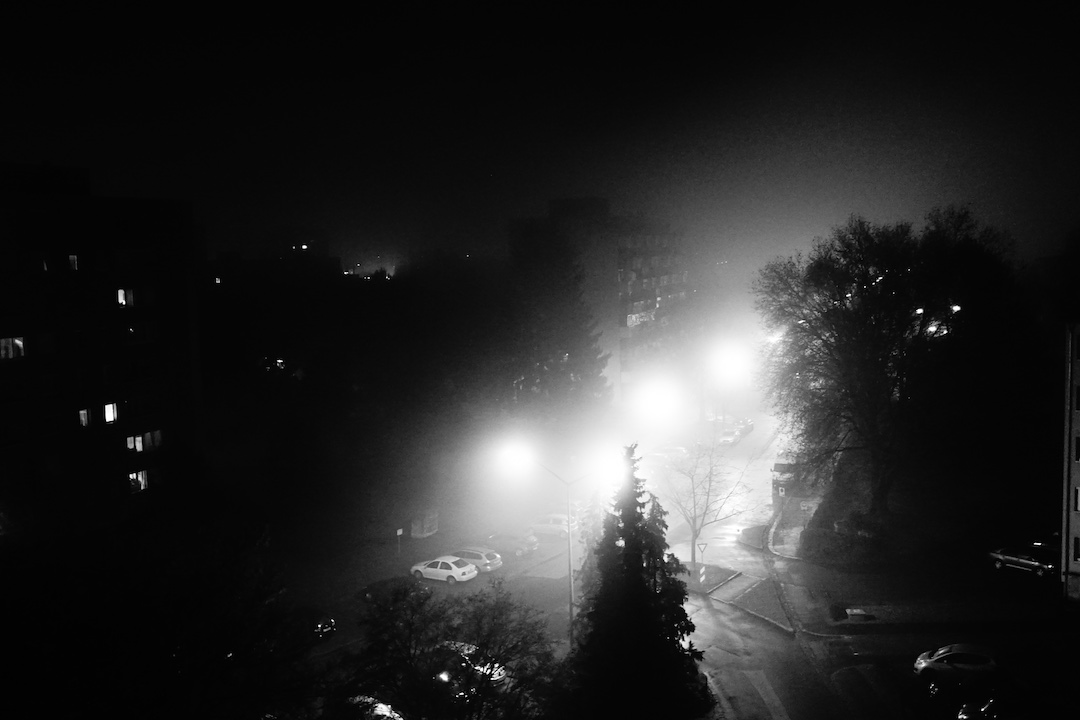 The sky is grey … I feel right at home in this stunning monochrome.

But, hey: Next stop Christmas!

Written over the course of the past 4 years, my thesis is finally ready for submission. I am really thankful to my main reviews and friends Herbert, Reinhard and Stefan who have made this possible!

My sountrack for the final sprint: Alex Cumfe – Jetzt.