It all started with a simple question “Is des Zipfa wirklich so a Foazgeschwoabat?” – “Is Zipfer beer really so bad after all”. Having a scientific background there was just no way around setting up an experiment: 8 experts, 12 different kinds of Austrian beer and a blind taste test. Here are some photos before and after I had removed the beer bottle labels 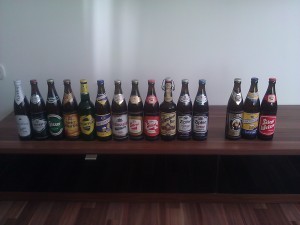 And here’s the panel of internationally acclaimed beer and microwave engineering experts ;) 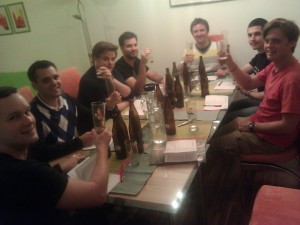 I had prepared booklets where they could rate the different kinds of beers (#1-#12) by using points and words. It blew me away how many suitable adjectives they found for describing the smell, looks and taste of beer. 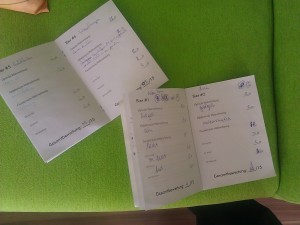 The results were similarly astonishing. I don’t want to bore you with statistics (that’s what we had LibreOffice Calc for), so here just some major findings:

I don’t know when, but it was so much fun, I am sure I will do something like this again!!!