I am still there, just saying. Did some hiking today. Hope to become more active again in the future. 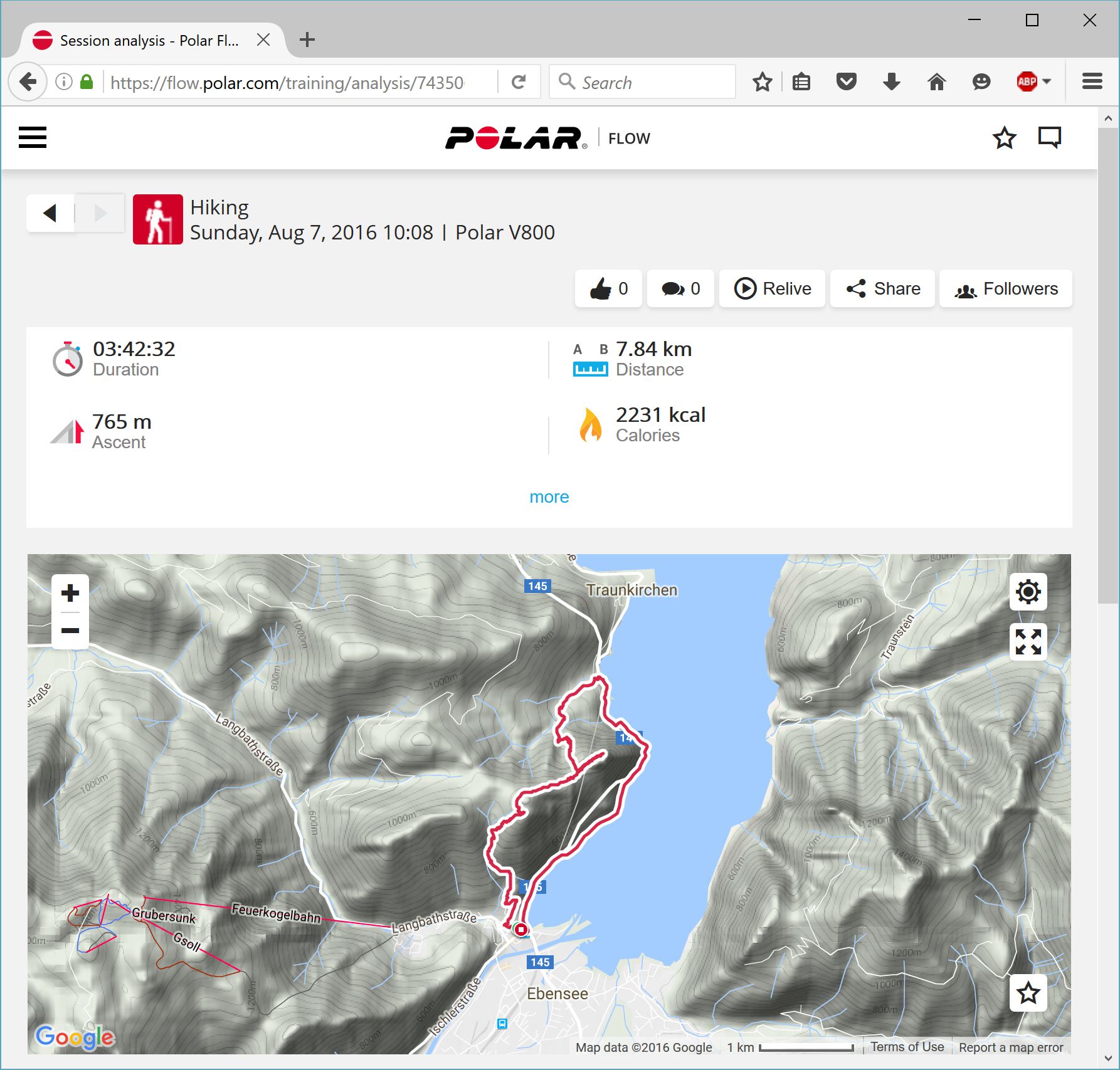 I mean of course the statement is true from a geographical perspective, but then again it is more than that. Europe for me is the notion that there is this geographically large region that is so diverse in terms of culture and lifestyle but that still shares a set of unwritten core values, that every one of us can relate to and rely on.

I am aware of the stereotypes that all of use have. Germans are overly correct, the British can’t cook, Polish people are ueber-Catholic, Greeks are lazy and Spanish men are macho men on siesta. However if you dig deeper, if you are willing to immerse yourself in one or more of the “other” European cultures, you will find that there are more things that we have in common than those that separate us. – I mean except for the French, who I never really liked or understood. But then again, they enrich our union as much as you and I do.

Sometimes I am wondering what Europe must look like from the outside. Probably like someone suffering from Schizophrenia. Someone with so many voices inside and no clear, single voice to the outside. But that is alright, because when it comes to the important issues, everybody can and should rely on our common understanding. We do believe in human rights, in social welfare for those who need it and in an economic system that encourages everybody to thrive based on his or her personal talents but one that should leave nobody behind.

From the inside it is probably a little bit like marriage. – There are good times and bad times, and things are far from perfect. Every now and then we are put on trial, and at the same time we often don’t appreciate what we have because of the union. But even if one party has to give in and do something that might hurt, we are better off as a union.

At the end of the day it comes down to this: I am in awe of what Europe is and more than that of what it can become: A super-powered peace-keeping instrument and a diverse, flourishing system with shared values and the inherent ability to see challenges from multiple perspectives. It’s now on us to act and voice our vision for Europe, so don’t miss the elections http://www.elections2014.eu/

This time the next 30 days will be about subtracting rather than adding.

My life has become pretty cluttered again. Too much stuff around. Too many things – including skeletons – in my closet, too many things on my table, too many random folders on my computer, too many empty boxes in the basement … way too little focus on the important things.

Every day for the next 30 days I’ll clean up some of that mess – sometimes with before after photos, sometimes not.

Four years ago, when our research group moved to the new Science Park building we used to go out or grab an after-work beer regularly. We let go of this tradition somewhere along the way. Last week we even found out that the beer in our refrigerator is well past its best-before-date (which some Austrians consider a serious offense).

I did really appreciate it when Herbert (this time it’s not a fake name, but he also works at Infineon) invited us to join him for a nice evening with drinks and sausages. 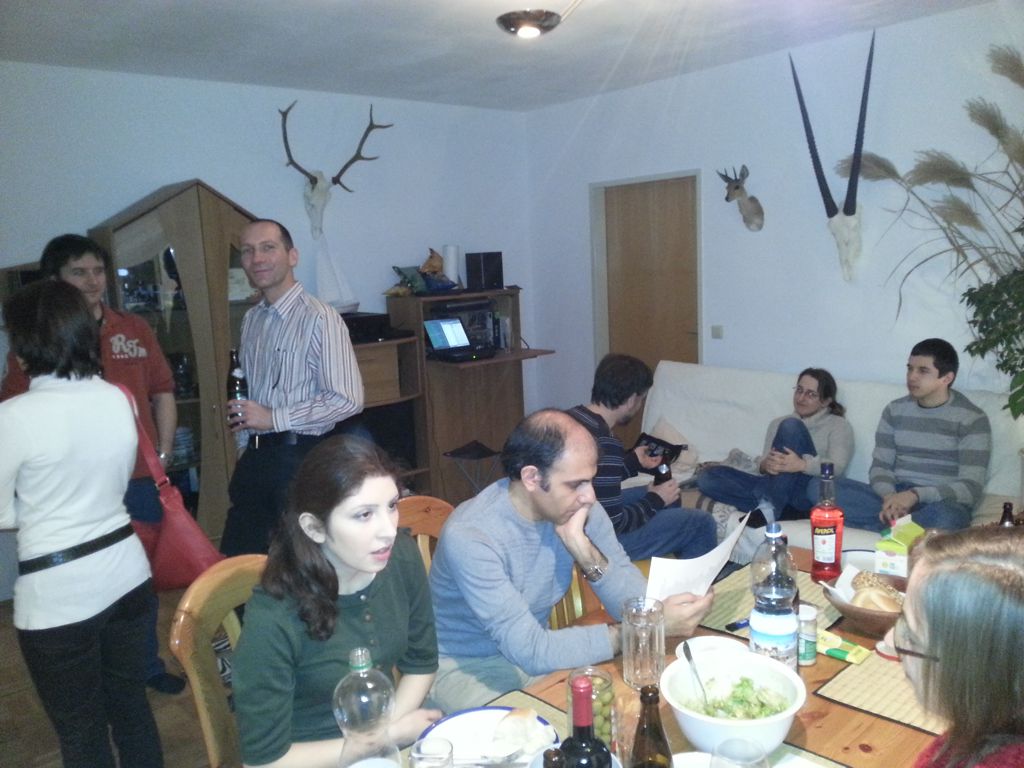 Some comments on the photo: His last name is Jäger, which is the German word for hunter and he really is a hunter. The trophies are from some of his hunting trips. Another curiosity: You can’t see it but he’s still using Winamp, that’s so 90s ;)

It’s has become a nice tradition: Once a year in February the IEEE SB JKU Linz invites all its members go bowling! A relaxed evening with good friends, nice conversations and a couple of strikes. 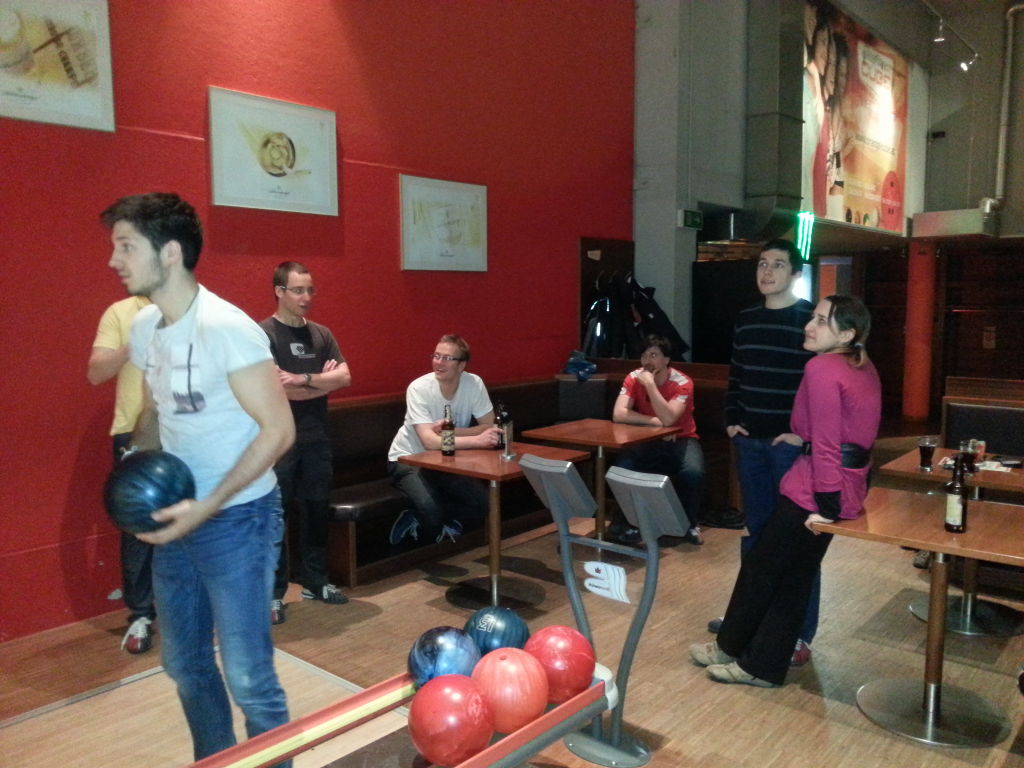 I guess I keep repeating myself. But the truth is if you blog every day for 30 days and if you do not start repeating yourself, something’s probably wrong.

Apart from my day job (which is more than a day job, but which I can’t or don’t want to talk about that much) I did indulge myself in the world of PRO SCIENTIA  again. I left work early to listen to the organ concert of Christiane Hornbachner. She’s one of the 3 “PRO SCIENTIA student representatives” and a gifted, professional organ and piano player.

I think the last time I’ve listened to an organ concert was 5 years ago, and to be frank it always amazes me what kind of music these people (read “the organists”) are able to get out of the per se inaccurate and dynamically disabled instruments. – Sorry, please don’t kill me for that statement.

Later that night we had another PRO SCIENTIA presentation. This time from a member who has an engineering PhD and went on to become an engineering manager. The topic: Product Development. We spent the whole evening discussing graphs like this one Usually I swim during the winter months and run during the summer months. I’ve truly neglected this habit since December, but I’ve picked it up again a week ago. And as we never really had winter this year in Austria (well it’s here now), I decided to start running again. Here’s the workout I tracked:

It was slower than usual a) because I am out of shape and b) because it was more like running on ice. I was even passed over by a cross-country skier on the running track!

What I find funny is that while it is still the same track that I’ve been using for years now, it does not get boring. I even thought about marking some spots along that track about things that have happened to me in the last couple of years. But as I am not much into nostalgia (that’s probably for later) I ditched that thought again.

Sunday’s are for sleeping, laundry and for connecting with people you haven’t seen in a while. I realized I hadn’t seen my parents since the first week of the new year. So it was good dropping by at my parent’s house for some coffee.

I would not want to move in again with them if you know what I mean, but they are always awesome hosts and great company for the duration of a nice Sunday afternoon coffee. Although it means some extra work for my mum, I guess she also appreciates the occasional visits.

This reminds me of a line from Mary Schmich’s graduation speech:

Get to know your parents. You never know when they’ll be gone for good. Be nice to your siblings. They’re your best link to your past and the people most likely to stick with you in the future.

I guess I should give my sister a call tomorrow ;)

Some suggestions what you can do to live up to the stereotypes about Upper Austria/Bavaria:

I guess I can say I payed my dues today. 1/2 are things that I am doing for years and 3/4 were part of today’s general assembly of the Stadtkapelle Laakirchen (a local wind band), which I took part in. During the 3 hours event we were informed by the ExCom of the registered association about the past year, future plans, the financial situation, …

Lots of talking, lots of fun, lots of beer (not for me actually as I was the designated driver), lots of photos from past events, lots of awards (especially for members of age 60+) and a great evening for all of us.

Today was an idle day. Some playing portal, some cleaning, relaxing and going for walks. It’s way to warm around here, so it feel a little like walking in April.

I think in the end it was a good meeting, although I do feel that we are making progress too slowly. But we have still enough time left, so I’ll promise you it will be the best SYP congress ever!